Industry professionals would agree that the momentum the automated and mechanical parking industry is currently experiencing has a lot to do with the “demystification” of the technology; particularly around the subjects of span, reliability, safety and economy.

Architects and real estate developers are beginning to understand that automated and mechanical parking systems are not a new concept (as in unproven or risky). They understand this is a century old technology, highly developed and widely used all over the globe. While beginning to bud in the U.S. and other parts of the world, in Asia, Europe and the Middle East automated parking has been used for decades and has become the norm rather than the exception. 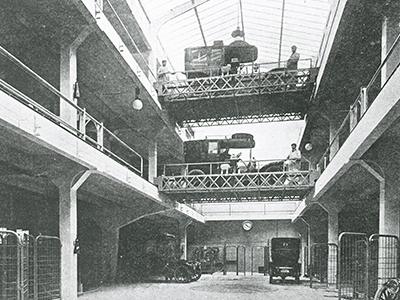 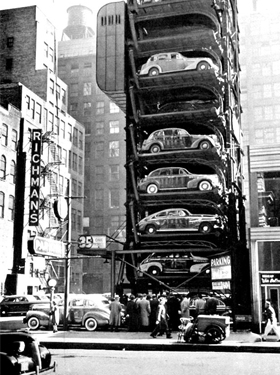 Reliability: the quality of being trustworthy or performing consistently well

The subject of span and the proliferation of system types and system manufacturers in China, Korea, India and Germany both confirm the subject of reliability, as you can’t have one without the other. If automated parking systems were unreliable, inefficient or erratic their use around the world would be decreasing instead of increasing, and companies would have a hard time selling them instead of producing hundreds of thousands of stalls per year. Good examples of the reliability of automated parking systems are the silo-type vehicle towers in AutoStadt (car city) in Germany. The towers have been operative for almost 20 years and currently deliver an average of 500 cars per day. According to Wikipedia, 74 “Pigeon Hole” systems were installed in the U.S. in the late 1950s and some of those systems still remain operative today. In the early 1990s, it was estimated that 40,000 spaces using Rotary Systems (the modern sibling of the “Paternoster”) were built annually in Japan and most of those systems are still operative today, after almost 30 years.

“All safe, gentlemen, all safe…” 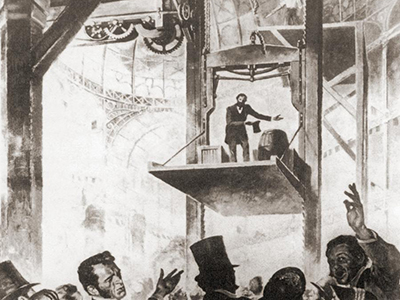 Safety concerns around APS are also a matter of perception, because, in essence, automated parking systems are just elevators and conveyor systems. In 1854 Elisha Grave Otis demonstrated the safety of passenger elevators at the World’s Fair in New York City, and before that, Otis had been manufacturing cargo elevators for years.

Think about how often the residential or office elevator you use on a daily basis fails or malfunctions, or what happens if it does; better yet, think about when you last heard of an elevator accident…
Automated garages are in fact safer than traditional garages (or elevators). APS transport vehicles, not people, and since there is no human access to the vehicle storage areas, the potential for accidental damages such as scratches or dents, or the potential for vehicle theft or vandalism is almost non-existent. Also, everyone parks in the front row on the ground floor, so the potential for robbery or assault is also reduced. This wonderful record of span, reliability and safety takes us to our last subject: economy.

“Nothing is more expensive than a missed opportunity”

Such amazing technology has to be super expensive, right? Wrong.

Although there is a wide range of automated parking systems and manufacturing companies in the market and it is hard to say how much a specific system or project will cost, these types of garages tend to be more economic as they require less land, less construction (no ramps, elevators or stairs), less excavation (if underground), less maintenance, less energy and they are also faster to build and in most cases faster to depreciate.

Contrary to the common belief, it might be more expensive not to consider automated parking than it would be to actually build one. In any case, it wouldn’t hurt to ask.

Four myths about automated parking and why they are not true.